© Reuters. FILE PHOTO: Representations of the Ripple, Bitcoin, Etherum and Litecoin virtual currencies are seen on motherboard in this illustration picture

By Marius Zaharia and Dahee Kim

HONG KONG/SEOUL (Reuters) – Bitcoin, battered by warnings about volatility and bubble-like appreciation, may have found a way to play a niche role in a big market: overseas money transfers.

Used as a transfer mechanism rather than a currency, bitcoin circumvents banks’ transaction fees.

Start-ups such as Bitspark in Hong Kong, and Bloom, Payphil, coins.ph and Satoshi Citadel Industries’ (SCI) remittance unit Rebit in Philippines, are trying to turn that into a business model.

Reduced liquidity on cryptocurrency exchanges and regulatory uncertainty are, for now, limiting monthly bitcoin-based remittances to millions of dollars in a multibillion-dollar market, the start-ups say. But if cryptocurrencies mature, they say, traditional businesses will be in for some serious disruption.

“Bitcoin is so much better as a mechanism to send money around the world,” said George Harrap, chief executive of Bitspark, a company that performs transfers for dozens of remittance shops in Hong Kong, Philippines, Indonesia, Vietnam, Pakistan, Nigeria and Ghana. “There’s a lot less overhead that you need to do.”

Many of the start-ups, such as Bitspark, do not deal directly with individual customers, but instead provide the “back end” transfer mechanism for remittance shops.

The businesses estimate how much money they will need for a day, buy bitcoin in advance and immediately sell it for the currency in the receiving country. That means they do not hold cryptocurrency for any meaningful length of time, and customers’ transactions are resolved in minutes, rather than days.

“One thing I can guarantee is that the money I intended to send and the money that my family received was exactly the same,” Corporal said. “Using bitcoin is really helpful for many Filipinos … as every single cent that we send can be very significant.”

Reduced demand for cryptocurrencies in smaller economies often means bitcoin prices are lower, so sending $100 to Indonesia or the Philippines via bitcoin results in the equivalent of more than $100 at the other end. Without the bank fees, the shops say they can charge their customers 25 to 75 percent less.

But the model has little to no advantage in markets with larger Filipino communities such as Hong Kong and Singapore, where competition is high and fees are low – roughly 1-2 percent, compared with 10-15 percent in South Korea.

Rebit sends money to Philippines mainly from South Korea, Japan and Canada and is looking to expand to the Middle East.

The giants Western Union and Moneygram, which dominate the current market, are testing Ripple’s XRP, a cryptocurrency smaller and more centralized than bitcoin.

But the industry’s transformation does not appear imminent.

The value of all bitcoin held globally is about $160 billion, roughly two-thirds of the Asian remittance market and a third of the global one, according to World Bank estimates. That means local cryptocurrency exchanges cannot cope with the cash flow needs of larger businesses.

“As soon as you’re doing $10-15 million a day, liquidity becomes an issue and you’re wondering, ‘how am I going to do this,'” said Prajit Nanu, chief executive and co-founder of InstaReM, which remits money to over 60 countries.

The start-ups avoid holding bitcoin for more than a few minutes because of its volatility.

Bitcoin now trades around $10,000, 10 times higher than a year ago, but half its December peak – a common swing for the emerging asset class.

“We are merely using it as a transfer mechanism,” he added. “We convert it as soon as possible.”

Cuneta says Rebit was only approved by Philippine’s central bank last year. South Korea’s backing away from banning cryptocurrency trading was encouraging, he said, but more clarity was needed in Seoul and elsewhere.

In Singapore, start-up Toast gave up using bitcoin for remittances so it could get licensed. It is now transferring money the traditional way but plans to offer loans and insurance using blockchain technology and smart contracts – a product offered by bitcoin’s main rival Ether and others.

“If you bought cryptocurrency as part of a money remittance mechanism it is very difficult to get your remittance license in Singapore or anywhere else because the regulators are still not sure how they are going to govern cryptocurrency,” said Aaron Siwoku, Toast’s founder. 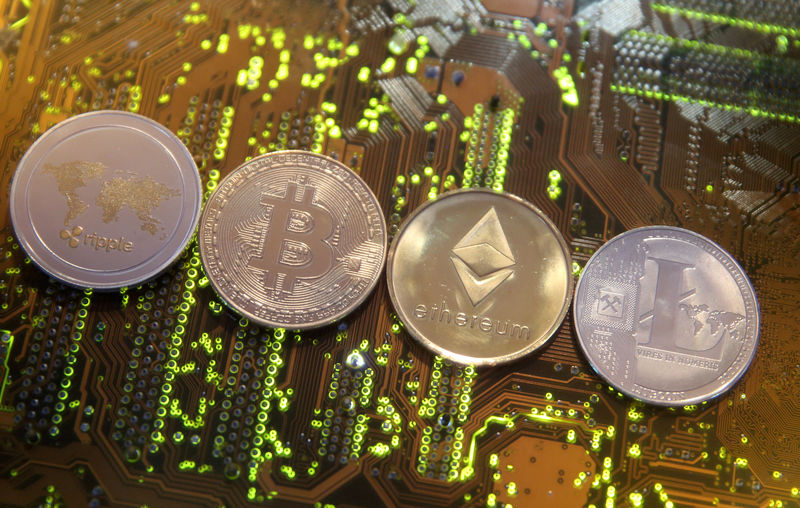 Top 5 Things to Know in the Market on Tuesday

Crypto News promises to be a fair and objective portal, where readers can find the best information, recent crypto currency news. Newspaper is the best selling News Theme of all time and powers this amazing demo!
Contact us: info@bitcoincartweet.com

Litecoin Creator Charlie Lee Reveals He Sold All His Litecoin

A User’s Guide on Upcoming Forked Coins and Transactions

© Newspaper WordPress Theme
%d bloggers like this:
We use cookies to ensure that we give you the best experience on our website. If you continue to use this site we will assume that you are happy with it.Ok